An update on updates! Recently added Battlefy features as of March 2018

We’ve been hard at work optimizing Battlefy and creating new features to improve both the player and organizer experiences. Consider this blog as “patch notes” explaining those features…

Organizers can now select the specific countries where players can register. For example, if an organizer wanted his/her tournament to be open only to players from United States, he/she would select the United States of America from the list of countries under the REGIONS ALLOWED option in the ADVANCED FIELDS of the tournament settings. If a player’s IP address isn’t recognized as being in the United States, that player won’t be able to join the tournament. This feature is not 100% foolproof, as it can be bypassed by VPN or other services. However, it was created to help organizers streamline the manual process of qualifying players for geo-restricted competitions.

For tournaments where Admins & Players Match Score Reporting is enabled, at least one team needs to report the score when the match is over. Typically, the winners of the match report the scores. We’ve added a feature in the bracket CREATE section where organizers can set a timer that activates when one team reports the match score. The opposing team has X minutes to confirm the score. If they don’t, the reported score will be used to advance the reported winning team. Note: this feature must be requested by organizers and enabled by Battlefy for use. 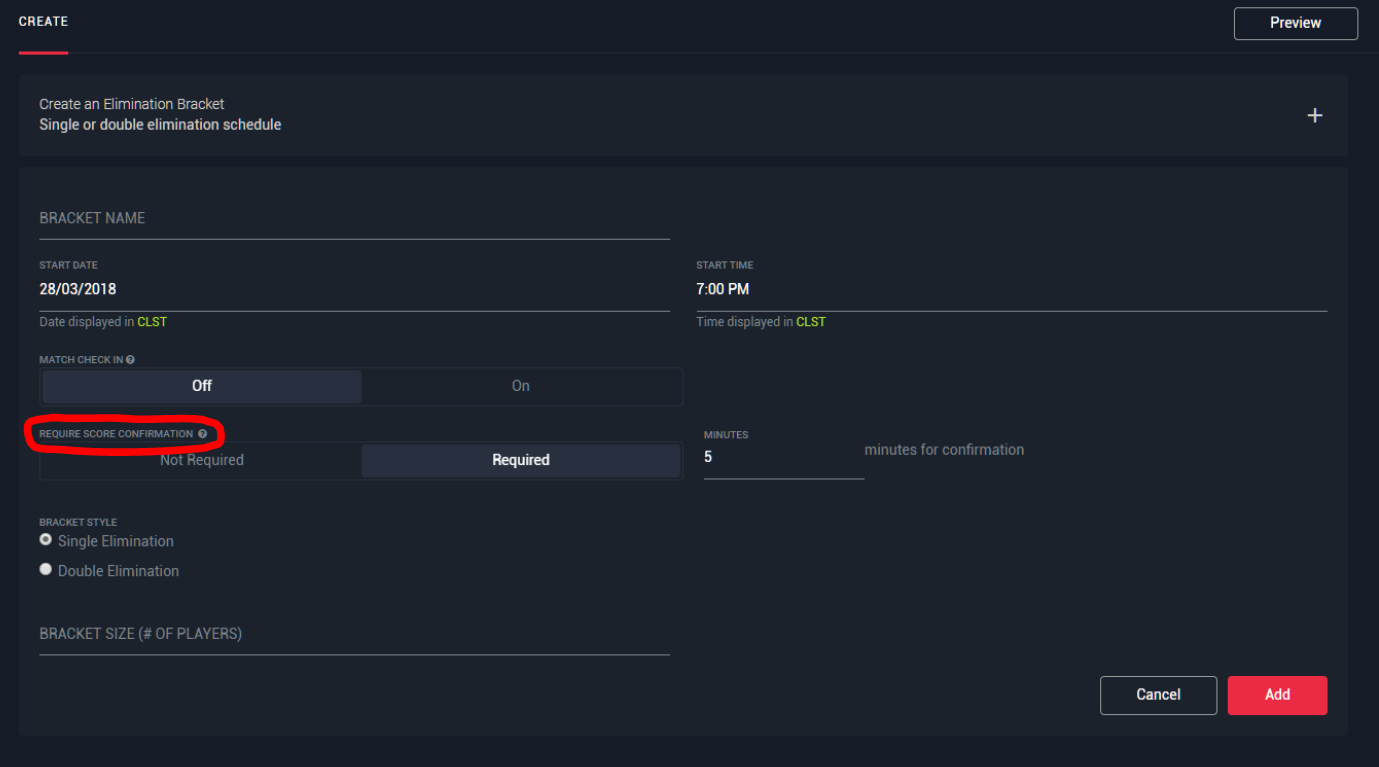 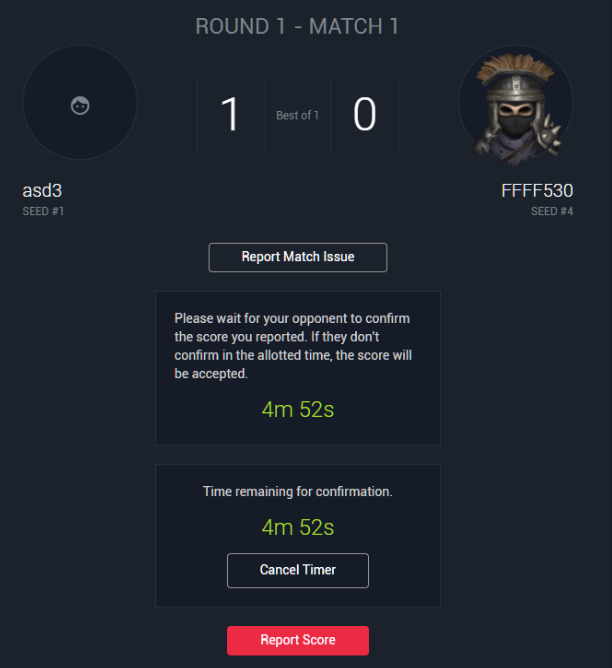 Administrators are now able to highlight specific matches as shown on the bracket during a tournament to enhance the viewing experience. Admins do this straight from the match page. If a tournament is at a LAN event or being streamed, the commentators can highlight a matchup for the spectators or viewers to focus on.

When creating a tournament, organizers can now enable the COUNTRY FLAGS ON BRACKETS feature, which shows a player’s country flag next to their name on the bracket! Once the feature is enabled, a new Player Registration Field will automatically be required for players to fill out for their country. 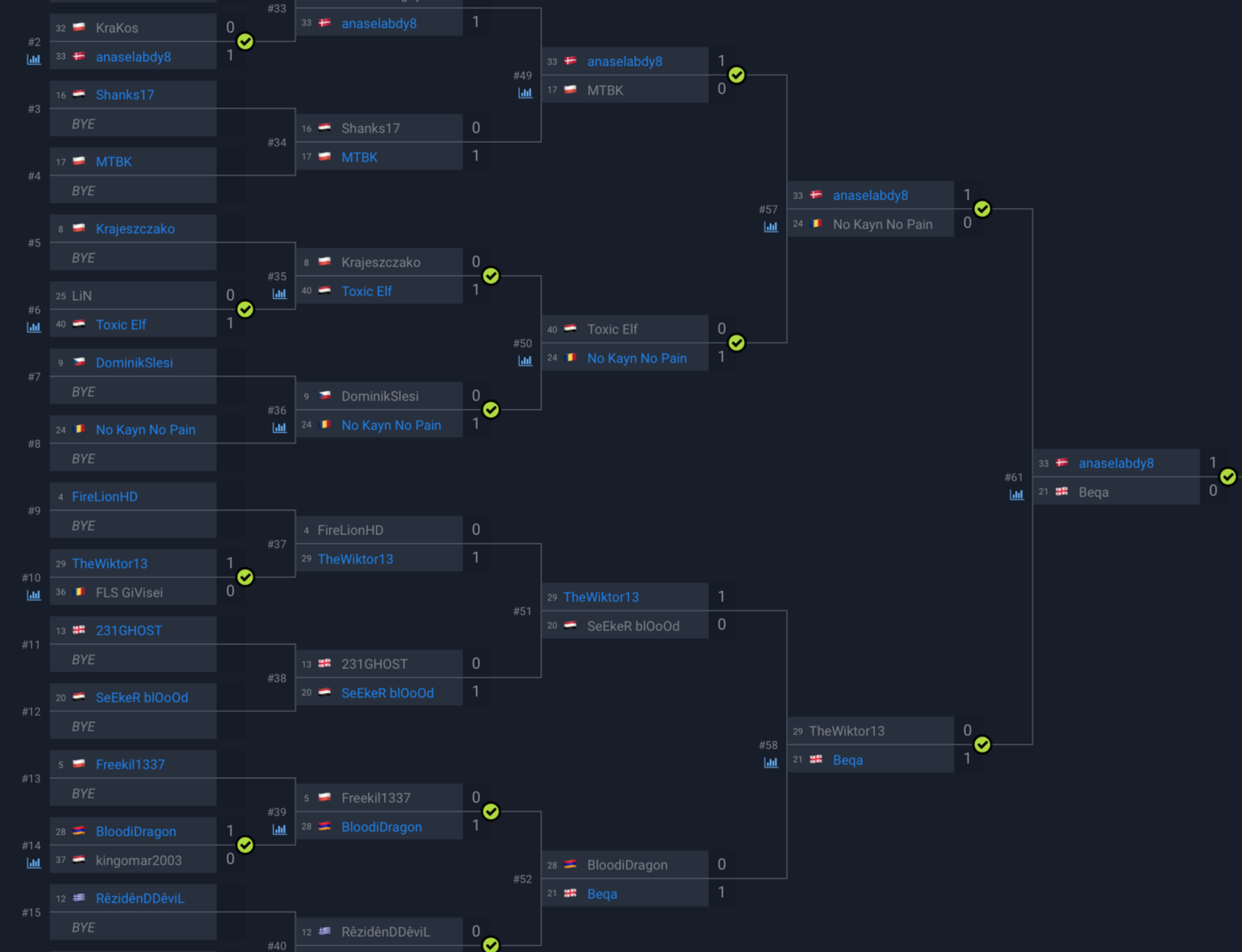 Be on the lookout for more awesome features like these!

What feature do you want to see next? Let us know by tweeting or emailing us!