Whether it’s your shoes in basketball or your glove in baseball, what you put on your hands and feet matters in traditional sports. Players swear their allegiances to brands like Adidas, Nike, and Under Armour. We’ve found the same applies to Esports, but instead of shoes and gloves, it’s keyboards and mice. In fact, 80% of Esports competitors find that the quality of their gaming equipment has an effect on their gaming performance. 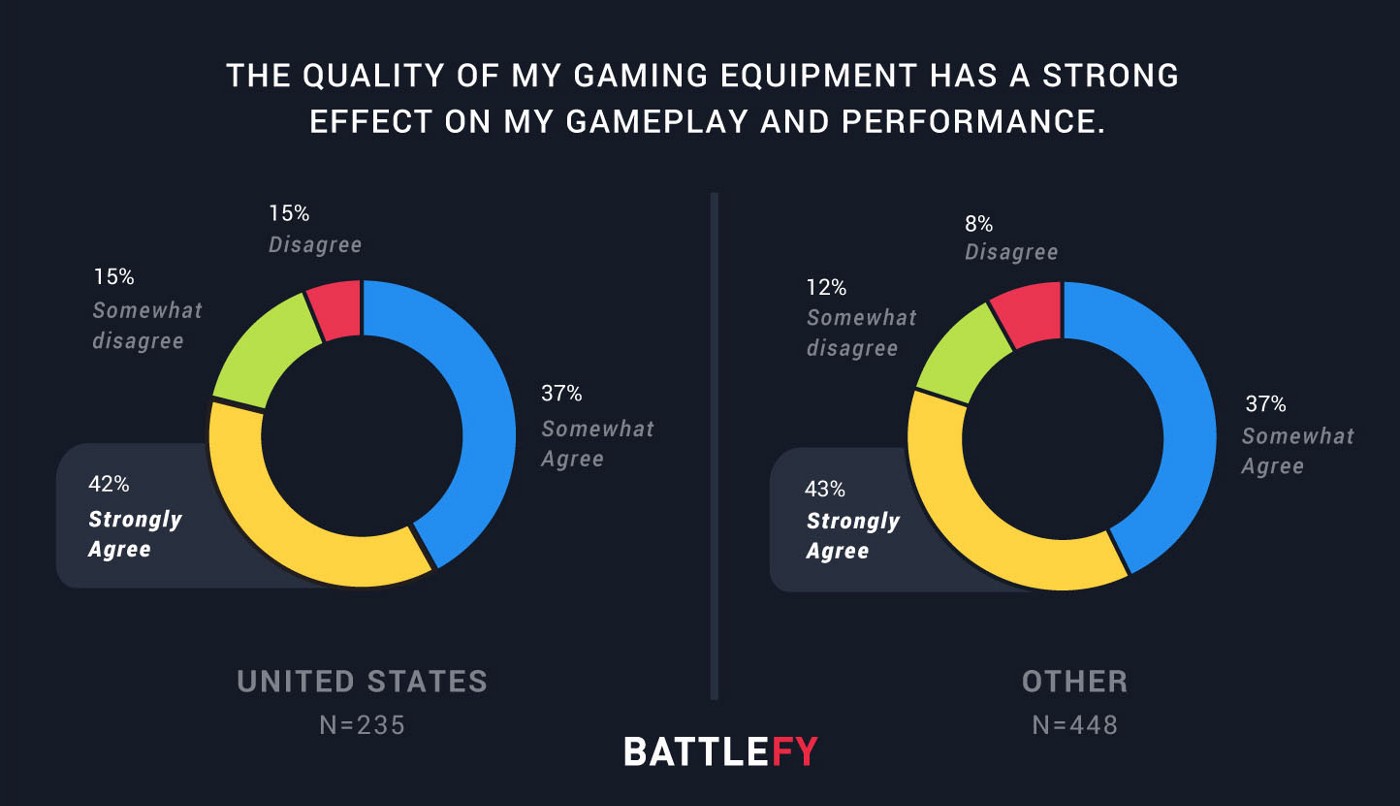 Unlike traditional sports however, the equipment used in Esports is fairly universal. It doesn’t matter if you’re playing League of Legends or Counter-Strike: Global Offensive, you’re going to need a keyboard and mouse. Brands like Logitech and Razer have tapped into this need by sponsoring teams and events that have a range of titles to best reach this competitive audience.

Though players indicate that the quality of equipment like mice are a big aspect of performance across all games, some genres have more to gain than others. Americans have first person shooters like CS:GO and Overwatch in the #1 spot for games affected by mouse quality while those outside the United States put MOBAs like League of Legends and Dota 2 on top. 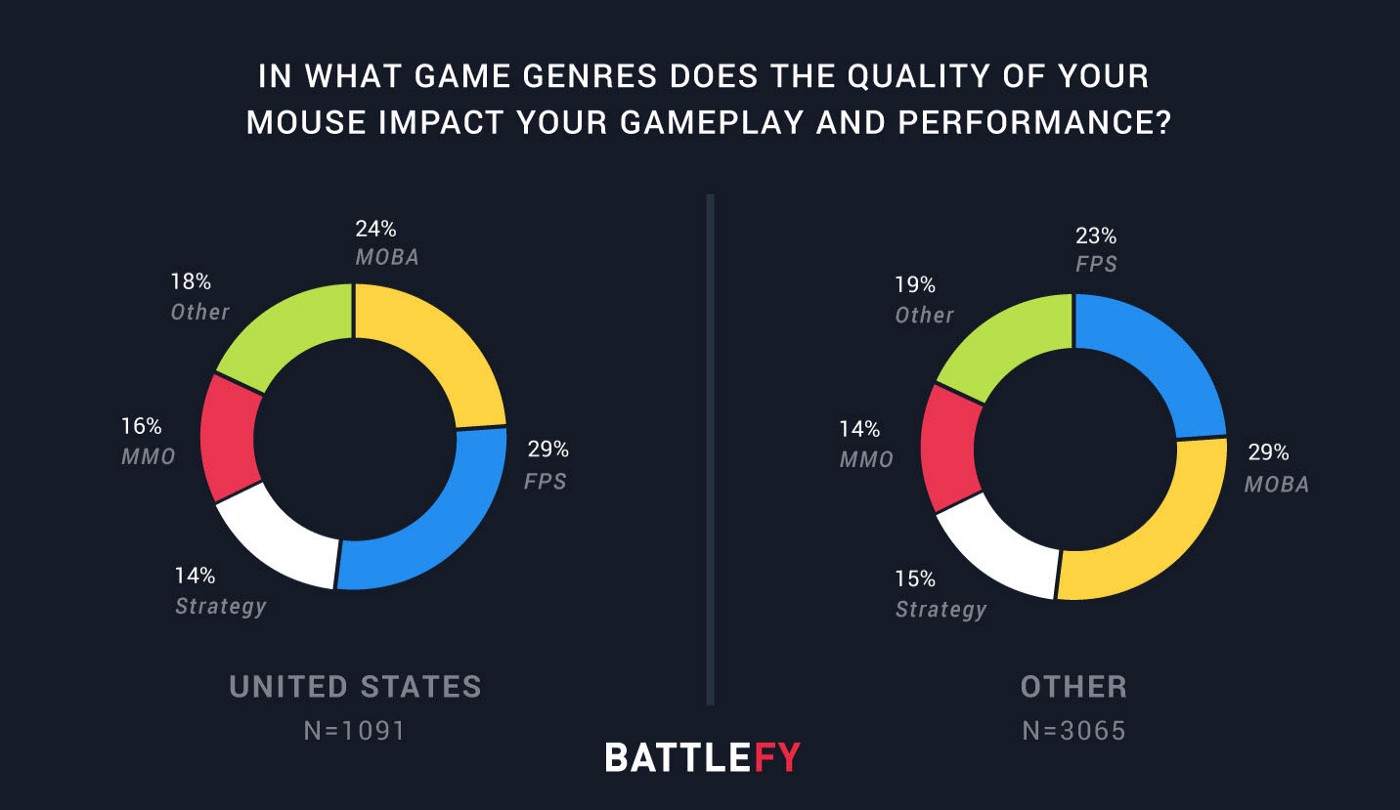 No matter the sport, it’s clear the tools of the trade are critical to performance. During high-intensity moments of a match, players rely on their equipment more than ever. Of course, skill, strategy, and teamwork are the main components of winning, but equipment will forever play an important role. Whether it’s casually gaming with friends, or competing for millions of dollars on a stage in front of thousands of people, equipment matters.