Starting with League of Legends, we’re now pulling stats from a player’s performance in each tournament they play in and applying them directly to their profile page on Battlefy (along with some other goodies). Take a look… 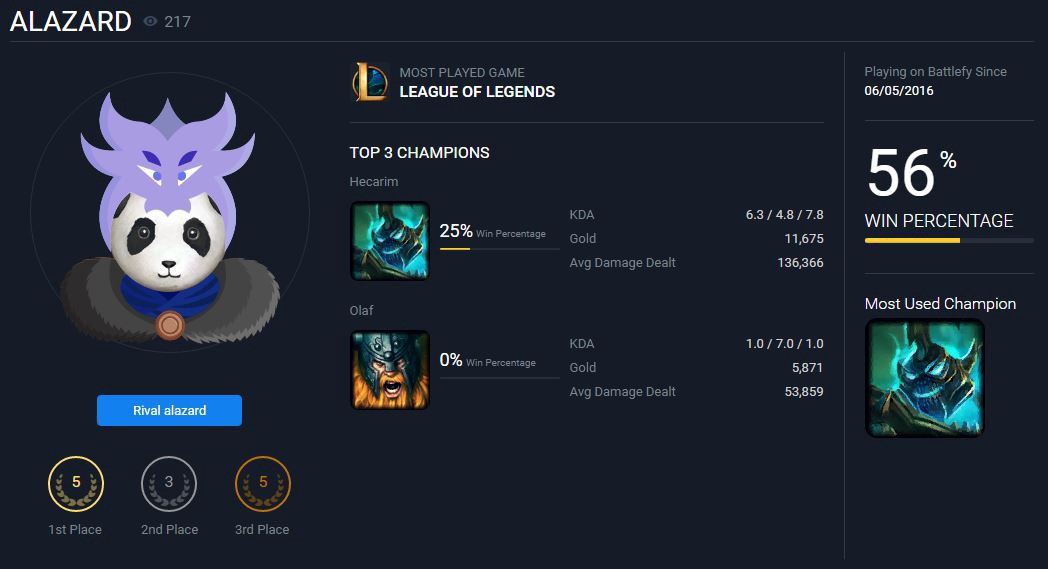 We know, it’s a lot to take in compared to the old player profiles. Let’s break it down!

The first thing you’ll see in the top left is the player’s name, along with how many times their profile has been viewed by others. So in this case, “ALAZARD” has had their profile viewed approximately 215 times.

What your eye will be drawn to right away is the player’s customized avatar (of which you can mix and match with pieces from the Armoury)!

This is where your personality and creativity can shine on Battlefy. Not only are you dominating online, but you also get to be a cool panda with a weird octopus-looking hat thing.

One of the most frequent requests we’ve gotten from players is a way to keep track of their tournament placements over time. This is our version of that. Under the player avatar, you’ll see how many 1st, 2nd, and 3rd place medals they’ve won throughout all of the tournaments they’ve played in. Cool, right?

Now, digging a bit deeper into the stats, this section of the new player profiles shows which game the player has played most, as well as in-game stats about the champions they’ve played with. Looks like Olaf hasn’t treated this player very well. 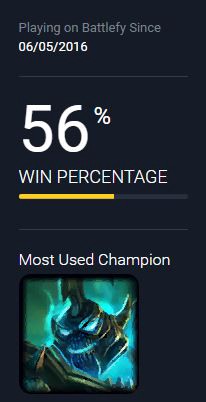 That wraps it up for the new player profiles. Again, we’re starting with League of Legends, and making our way into other games. Got suggestions on which game(s) we should expand into next? Have ideas on which stats or other things you’d like to see in your player profile? Leave a comment and tell us! Or, email us at support@battlefy.com. If Twitter is your fancy, @ us here.