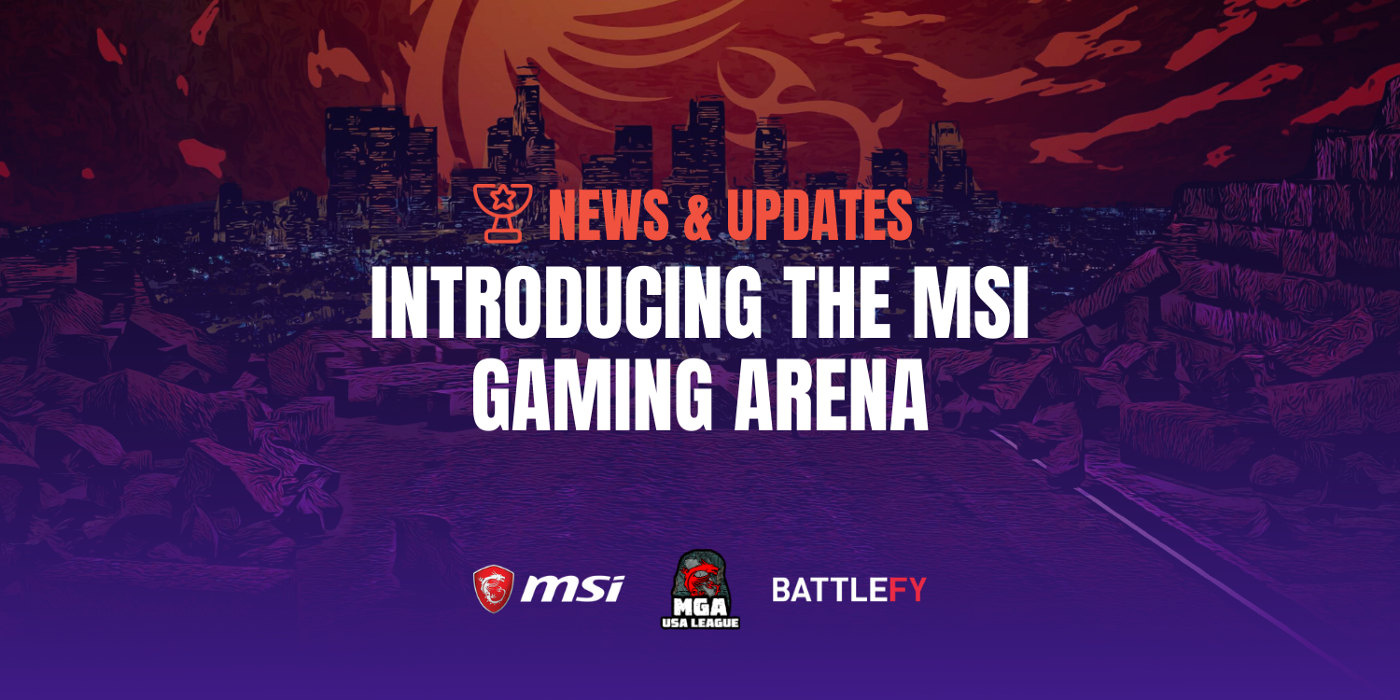 We’re excited to announce we are partnering with MSI to launch the MSI Gaming Arena “MGA” in the United States. Starting on January 18th, the MGA is an open competitive circuit with weekly tournaments and in-person championships at major gaming events in 2020. With a prize pool of over $50,000 USD and tons of awesome prizes, the MGA will be one of the premier destinations for amateur competitive gaming in the USA.

MSI Weekly Esports Series. The MSI Gaming Arena will feature weekly tournaments throughout all of 2020 starting on January 18th. These tournaments are split across League of Legends, Fortnite, and Overwatch — with new games being added throughout the year based on competitive demand. Official MGA tournaments will give players the opportunity to win both prizes and MSI Reward Points.

MSI Rewards Program. Players earn MSI Reward Points in every tournament just for competing. Extra Reward Points are also given to players who place in the top 3 spots in a tournament. These can be cashed in for awesome prizes like GeForce RTX 2070s, Seagate Barracuda SSDs, and even a GF65 Gaming Laptop.

Want to jump in and compete? Head over to the MSI Gaming Arena on Battlefy and sign up for tournaments now!